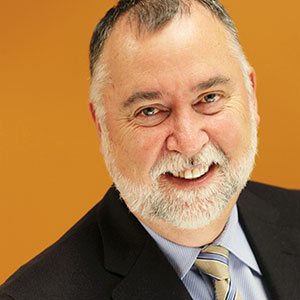 Jay’s law enforcement career began at the Ohio Attorney General’s Office, where he first worked as an investigator in the Consumer Frauds and Crimes Division. In that Division, he handled all manner of fraud investigations involving consumer transactions. Jay then moved to the Bureau of Criminal Identification and Investigation, where he was a Special Agent (and later a Special Agent Supervisor) handling environmental crimes investigations.

After ten years with the Ohio Attorney General’s Office, Jay joined the Defense Criminal Investigative Service (DCIS) as a Special Agent. During his 25 years with DCIS, Jay specialized in complex white-collar criminal investigations. His work resulted in significant criminal and civil prosecutions of defense procurement, healthcare, and consumer fraud schemes, counter-proliferation/arms trafficking crimes, and environmental crimes. For five years, Jay was also assigned to the U.S. Attorney Health Care Fraud Task Force for the Southern District of Ohio. As part of that assignment, he led numerous health care fraud investigations that resulted in multiple convictions and the recovery of over $175 million in civil fines, criminal restitution, and forfeiture.

In acknowledgment of his civil false claims work, Jay was recognized as Health Care Fraud Investigator of the Year by the National Health Care Fraud Anti-Fraud Association and received multiple awards for investigative excellence from the President’s Council on Integrity and Efficiency. In addition, he has been awarded multiple Department of Defense Inspector General service awards, including the Distinguished Civilian Service Medal, which is the highest civilian award given to career Inspector General employees. In 2012, Jay was also recognized as the DCIS Headquarters Program Manager of the Year.

You may not know that I have the photography bug. Where ever and whenever I have the chance to deploy my Nikon to capture people and places, I make the most of those opportunities. I’m especially fond of islands, small towns, and countryside locations.