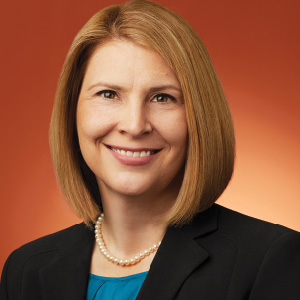 Jennifer has focused exclusively on False Claims Act litigation at the trial and appellate levels for the past two decades.

Jennifer Verkamp is one of the founding partners of Morgan Verkamp. Although Jennifer has handled complex cases ranging from personal injury to commercial disputes during her career, she has focused exclusively on False Claims Act litigation at the trial and appellate levels for the past two decades. Jennifer handles all types of False Claims Act cases, but she has developed a particular expertise in the highly-technical arena of applying the False Claims Act to healthcare fraud.

Since opening Morgan Verkamp, Jennifer has led complex federal cases through investigation and active litigation. She has managed and executed protracted discovery, often lasting over many years and involving hundreds of thousands of documents and extensive depositions. She works closely with government fraud counsel and investigators, as well as co-counsel who have brought Morgan Verkamp in to litigate a case. She has also earned professional respect from defense counsel around the country. Jennifer is adept at managing the complex dynamics of large teams of lawyers and other professionals in big-case prosecution.

Jennifer has been recognized several times for her accomplishments as a litigator, including being named as an Ohio Super Lawyers “Rising Star” in 2006, receiving the Whistleblower Lawyers of the Year Award along with the Morgan Verkamp team in 2010, and being invited to serve on the Taxpayers Against Fraud Education Fund President’s Council in 2017.

I am an avid supporter of the arts and our many incredible local artists and performers. The Cincinnati Fringe Festival (celebrating the city’s theater, art, music, and dance scenes) is one of my favorite events every year, and I am grateful to be included in “The 50”, a collaboration of fifty Cincinnati-based professionals dedicated to preserving the city’s contemporary arts and culture. I am extremely proud of The 50’s project of ensuring free admission for all people to Cincinnati’s Contemporary Arts Center.