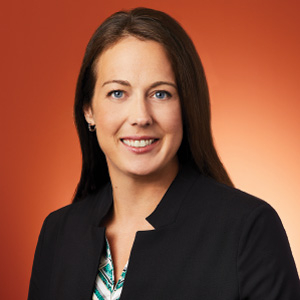 Jillian was lead counsel on a case against a healthcare system that resulted in an $18 million settlement and improved the landscape of healthcare for high-risk pregnancy care.

Jillian Estes joined Morgan Verkamp in 2018 as a Senior Attorney. Jillian began her career handling class action cases primarily against for-profit colleges. Since 2010, she has exclusively worked on False Claims Act matters. Jillian was lead counsel on one of the first cases to successfully apply the Stark Statute to Medicaid claims, obtained a favorable first-to-file determination (including successfully defending an appeal to the Third Circuit) for a relator following a $192 million settlement, and represented a relator through post-settlement relator’s share litigation with the United States. She was also lead counsel on U.S. ex rel. Robinson v. Indiana University Health, et al., which resulted in an $18 million settlement and changed the landscape of healthcare for high-risk pregnant women in Indianapolis. Jillian has worked on cases that have returned more than $400 million to taxpayers.

Prior to becoming a lawyer, Jillian worked at the National Center for Missing and Exploited Children (“NCMEC”) in Alexandria, VA. Because of her experiences at NCMEC, Jillian began volunteering for the U.S. Department of State’s Attorney Network once she became a lawyer, taking pro bono cases representing parents whose children were wrongfully brought into or retained in the United States from their home countries. Jillian has successfully handled Hague Convention cases that resulted in the return of children to their custodial families in Denmark, Mexico and Guatemala. For her work on these cases, Jillian received Florida’s Thirteenth Judicial Circuit’s Outstanding Pro Bono Service by a Young Lawyer award and a Certificate of Appreciation from the U.S. State Department.

While working at NCMEC, I accidentally became responsible for managing the first return of an abducted American child located in Thailand. The Case Manager responsible for handling East Asia was traveling when a little boy who had been abducted from Texas by his non-custodial mother was located in Bangkok. I took the call in the Case Manager’s absence, which turned into three days of coordinating the efforts of NCMEC, the State Department, the US Embassy officials in Bangkok, and the local Thai police to orchestrate the return of the six-year-old boy. I was able to meet the family several months later, and the father and son running up together to give me a giant hug will always be one of the most memorable moments of my life.