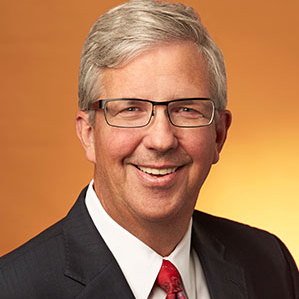 Rick helped recover a $61.5 million settlement case against The Boeing Company, which resulted in replacement of hundreds of defective Chinook helicopter transmission gears.

Rick worked in the Cincinnati U.S. Attorney’s Office during law school, an experience that set the course of his career. After serving for two years as a law clerk for the Hon. David S. Porter (Senior Judge, Southern District of Ohio), he was selected into the highly-competitive Attorney General’s Honors Program, serving as a Trial Attorney in the Civil Division of the United States Department of Justice in Washington, D.C. In that position, Rick routinely appeared in courts throughout the country on behalf of the United States. He returned to Cincinnati in 1990 and has represented whistleblowers continuously since 1996.

As an attorney for whistleblowers, Rick has served as lead or co-lead counsel in more than 50 False Claims Act cases, including matters against Boeing, HCA Healthcare, General Electric, General Dynamics, Lockheed Martin, Dyncorp, and Solvay Pharmaceuticals. His notable achievements include: helping to obtain one of the largest relator’s shares in history; working closely with the Justice Department in case against The Boeing Company that resulted in the replacement of hundreds of defective Chinook helicopter transmission gears and a $61.5 million settlement; and helping to recoup more than $300 million in unlawful oil royalties. His settlements include resolution of False Claims Act allegations against: a long-term care company for $10 million; Lockheed Martin for $6.5 million; General Dynamics for $13.2 million; and General Electric for $10.5 million. More than 80 opinions have been published in Rick’s cases, and his work has resulted in the return of nearly a billion dollars to the taxpayers.

Rick is an active speaker, author, and advocate on False Claims Act issues. He is co-chair of the planning committee for the American Bar Association’s biennial Civil False Claims Act and Qui Tam Enforcement National Institute and, for several years, co-chaired the Taxpayers Against Fraud Education Fund’s Annual Conference Committee. He has also been asked to provide opinion and testimony as an expert on the False Claims Act, including appearing before the Joint Congressional Commission on Wartime Contracting.

Rick has also drafted amicus curiae briefs in three Supreme Court cases concerning the False Claims Act, including a brief on behalf of Senator Charles Grassley in support of the whistleblowers in Allison Engine Company, Inc. v. U.S. ex rel. Sanders, et al., a 2008 case on appeal from the Sixth Circuit. In 2020, he co-authored the amicus curiae brief submitted on behalf of Taxpayers Against Fraud Education Fund in U.S. ex rel. Rahimi v. Rite Aid Corp. on appeal to the Sixth Circuit.

Rick is peer-rated “AV-Preeminent” by Martindale Hubbell. He has been selected as an Ohio Superlawyer since 2014.

I am a Pilates instructor with an active teaching practice and a committed nature photographer specializing in underwater images.